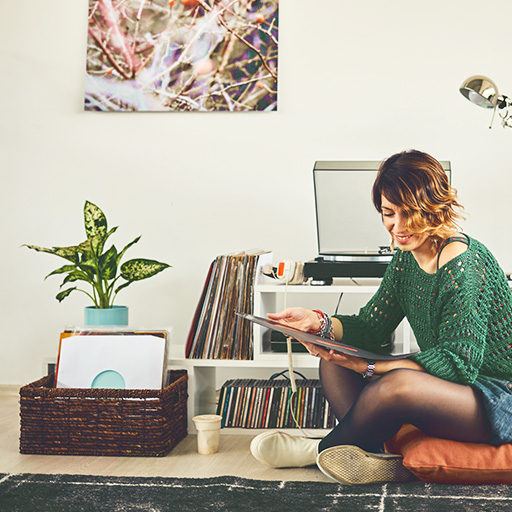 Old love doesn't rust! Since its invention by German-American inventor Emil Berliner over 130 years ago, vinyl has enchanted music enthusiasts all over the world and successfully defies any chance of a decline. When CDs appeared in 1982, it was principally vinyl fans who turned back to records. Today, vinyl is certainly well on the way to returning to the mainstream.

Since the invention of the very first record, much has happened in the history of sound carrier media: more and more technical gadgets have come along, entirely new sound cans were designed and have modernized their design over the decades. But vinyl was never gone: the club and hip-hop scene has celebrated scratching in the proper way up until today, exclusively with the black record. Not least for that reason did some producers never give up producing.

Here we'll reveal which milestones were last reached amongst sound recording media, and why good old vinyl hasn't lost its charm even today, but is seen by music enthusiasts as a 'good sound' more now than ever. 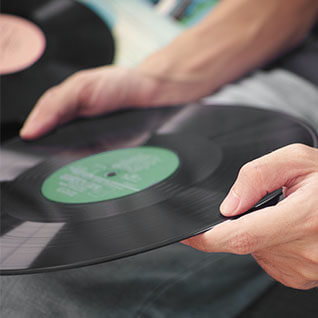 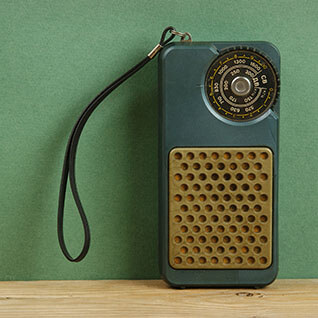 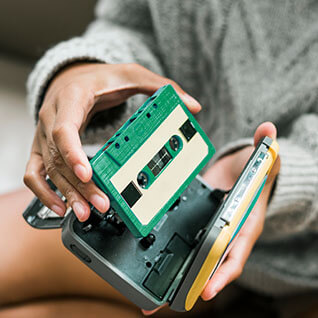 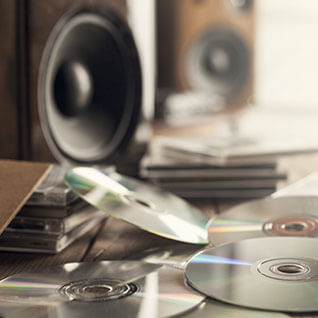 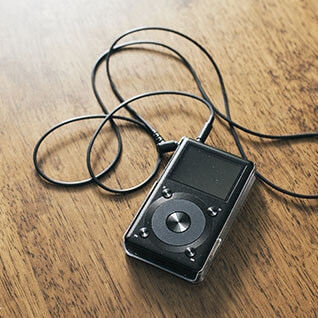 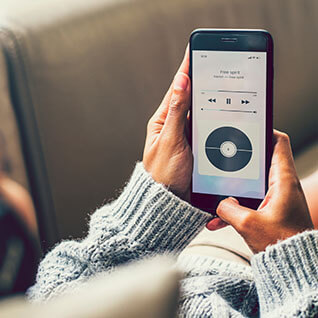 Thanks to the invention in 1877 of initial sound recorders, in the form of phonographs, gramophones and electro-acoustic records, vinyl discs were not left waiting long. With the help of microgrooves in the plastic disc and 33 and a third revolutions per minute (RPM), the 30cm 'Black Beauty' became the first long playing record, also known as the LP, at the end of the 1940s. One of the greatest bestsellers in the world was born. 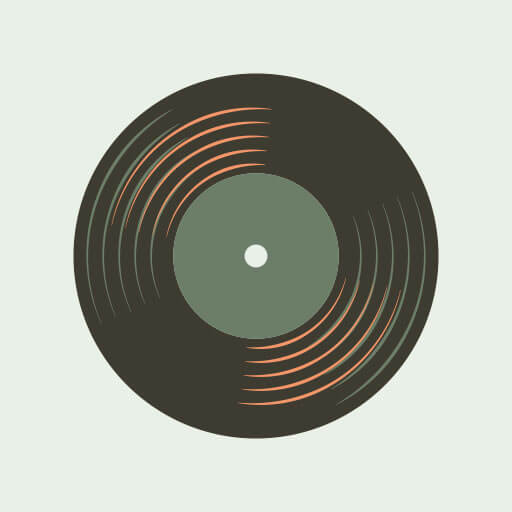 With our Auna Belle Epoque 1912 retro record player, you'll get that vintage feeling of times long past in your living room, without having to forego the technology of today. From a hidden radio and CD function, to USB connection and headphone compatibility- there are no unfulfilled wishes here.

With the development of the transistor as an active component of electrical variable voltage control in communications engineering, the radio receiver device was developed in the midway through the 1950s, also known as a portable or pocket radio. Even before the mass phenomenon of television was developed, millions of people indulged in the then reapidly accelerating listening culture of the post war period. 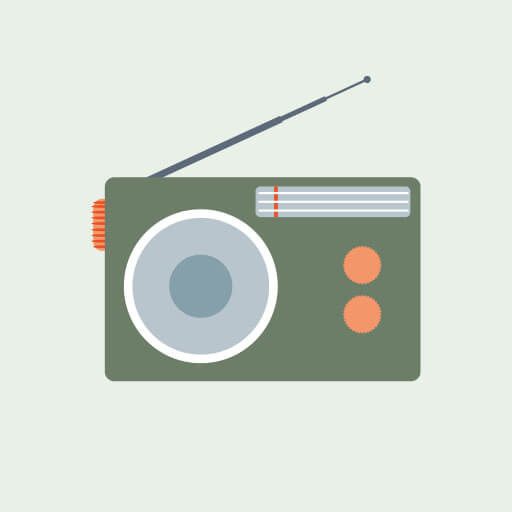 Apropos the listening culture: our Auna Accord digital radio is not only portable, but also equipped with radio shows, preset with 20 stations as well as rotatable telescopic antenna for that special oldschool charm. Consequently, listening to the radio has got its cult status back.

After the introduction of this shiny silver miniature disc, the new form of sound carrier broke all the records. Vinyl records suddenly became history- and with them, record shops so cultivated up to that point. However, the boom lasted a relatively short time: already by the turn of the millennium, the music industry was observing a vehement decline- caused by the illicit trend of self-burned CDs and swap shops. 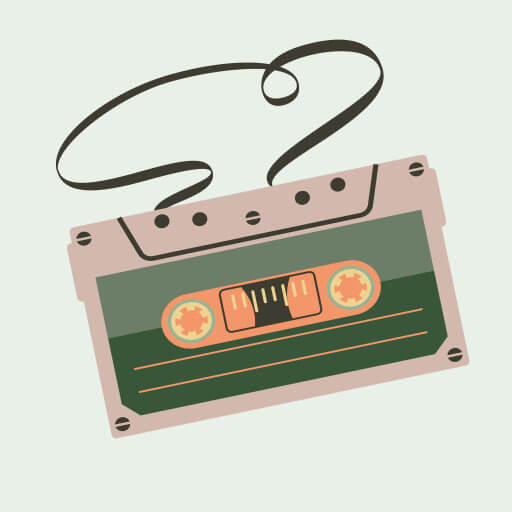 Small but powerful: the portable Auna RQ-132 USB cassette recorder displays nostalgic charm as a tape recorder for audio cassettes, that was once created as an innovation over 50 years ago. And the best thing: thanks to the integrated microphone, it even serves as a voice recorder.

After the introduction of this shiny silver miniature disc, the new form of sound carrier broke all the records. Vinyl records suddenly became history- and with them, record shops so cultivated up to that point. However, the boom lasted a relatively short time: already by the turn of the millennium, the music industry was observing a vehement decline- caused by the illicit trend of self-burned CDs and swap shops. 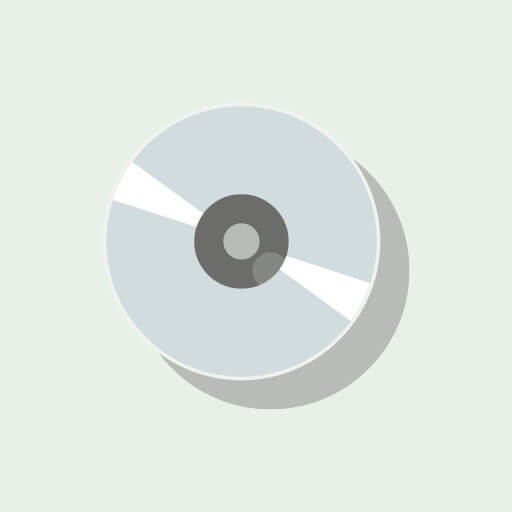 For many music fans, CDs are still items of cultural value, whose collection of favourite items of all great world stars does somewhat belong to the 'good sound'. And this you'll get again with our Auna V-20 DAB vertical stereo system, which will get you the best sound from your old silver plates.

In September 1998 there was a further 'quantum-leap' in sound; the MP3 format, made in Germany, thanks to some middle Franconian scientists from the Fraunhofer Institute for integrated circuitry. They racked their brains as to how to transmit good musical noise over telephone lines. The key: the audio compression technique ISO Standard IS 11172-3 'MPEG Audio Layer 3'- MP3, for short. With Steve Job's first Apple iPod in 2001, the MP3 trend was no longer hindered, and finally compatible for the trouser pocket! 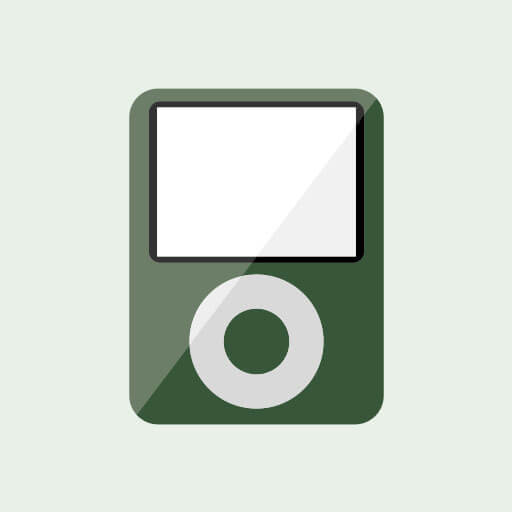 Celebrated shortly before the millennium as an innovation worldwide, the MP3 gadget now forms part of nearly every musical device. Such is true with our Auna Harvard Micro-System. The MP3 data files play back beautiful sound, offering moreover intuitive radio and Bluetooth functions.

Today, it is impossible to imagine things without it, but shortly before the turn of the millennium a new dimension developed in the music industry: through Napster, the first online swap shop for MP3 singles via file sharing, the sharing of music became popular worldwide. Due to legal complications, it disappeared off the market in 2001; it was once again Apple boss Jobs who ignited the trend as profitable: he initiated the first online shop for music- iTunes: "People have always bought music. On record, cassette and CD. And we believe that people also want to buy their music on the internet- just as on record, cassette and CD". He was to be proved right. Only the possession of music has changed in the meantime: whoever streams no longer owns any titles, but instead leases them for a flat rate. 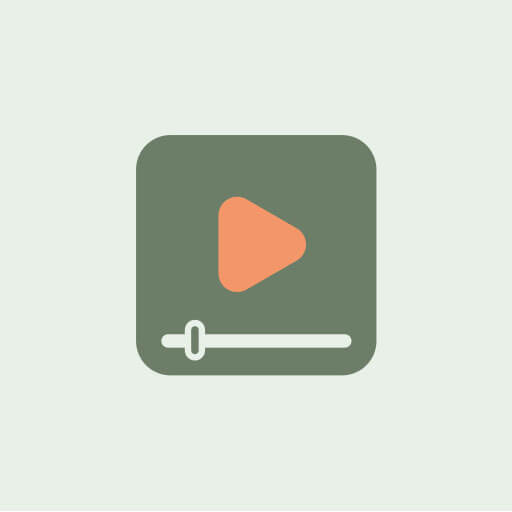 Since 2008, the Swedish streaming provider Spotify has harnessed this in turn: the clear market leader with over 83 million paying subscribers as well as 180 million users in total, you can get individual singles, whole albums or special playlists there. From over 50 million titles you will always find the right soundtrack.

This is also the case with our Auna Spotify account. We'll regularly compile our absolute favourite hits for all different occasions for you- catchy songs guaranteed! 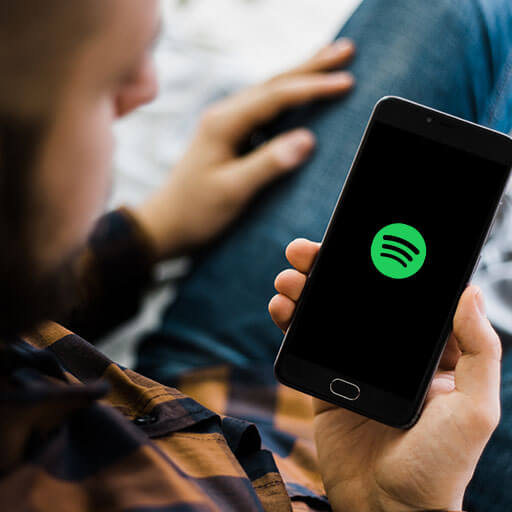 Is the comeback of records nothing more than a flash in the pan? The suspicion is there, but the trend has already lasted several years. According to many shop owners, this newly awakened customer interest in warm, nostalgic sounds of all genres is reaching all age groups. Meanwhile, many small labels have discovered vinyl for themselves, and publish their content exclusively on the old record format. From country to hip hop to pop artists- they all want their new albums to be compressed onto LP. The famous Black Beauty has long lost its shop-worn image and is instead well on the way to its erstwhile permanent cult status. Whoever regards themselves as a self-confessed music nut listens to records. 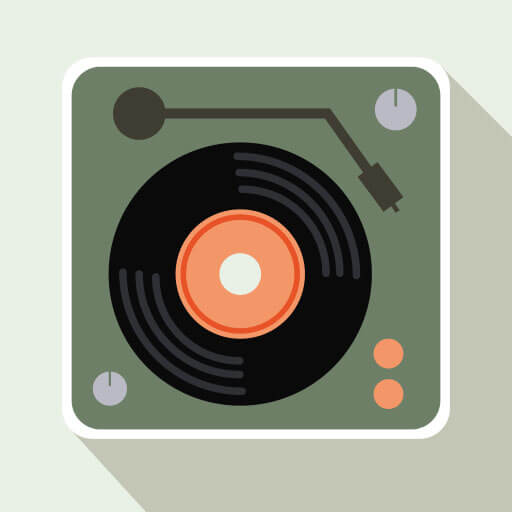 For those record lovers looking for something more modern, you would enjoy our Auna TT-Play record player, in an elegant, shiny piano finish. Here the technical sophistication of modern times meets the notorious charm of the 50s.

Why vinyl of all things?

To all record players
£5
discount
Don't miss out!

Get £5* off your next order when you sign up to our newsletter.

Unsubscribe at any time. * Subscribe to our Newsletter and receive £5 discount!
Free delivery, no minimum order 60 day cooling off period Help, Contact and Return
To improve our services, our website uses cookies. To continue, please agree to use of cookies.
Top of page